Welcome to the second in my chronic pain blog series. My first was my most well-known about my life struggle, balance, etc. with chronic pain and illness in "I Already Gave My Right Arm To Be Ambidextrous!" It is now titled "Now Read My HIPS!" and the focus has changed a bit to be more about how I am a woman with several joint diseases and conditions with a shoulder replacement and two hip replacements and am belly dancing! Visit Now Read My HIPS! to follow that entertaining, fun journey (alreadygavertarm2bambidextrous.blogspot.com). I also have a Blog Talk Radio Show with the same title about chronic pain and healing.

This blog is a little bit different. It has been focusing on my being a mommy and having a chronic illness. I have been and will continue to focus on health and pain info as well that I once wrote about in Now Read My HIPS! I think it is important to separate this from the rest of my life. It is not easy to have a chronic illness, but adding a child to the mix certainly has its share of trying times as well as beautiful, unforgettable moments.

I am so grateful for our little boy Mick. I can't believe that he is 6 years old as of December of 2016. Time has flown by! He is a dream come true. He has completed my confusing, complicated life. In a very huge way, he has made my life a lot more worth living. Although I have a wonderful husband, we always wanted a family, and I feel like we are now complete and happy. I have something to wake up to, and I have something to live for~Mick! It really is it's own microcosm of my life~Being Chronically Mommy! 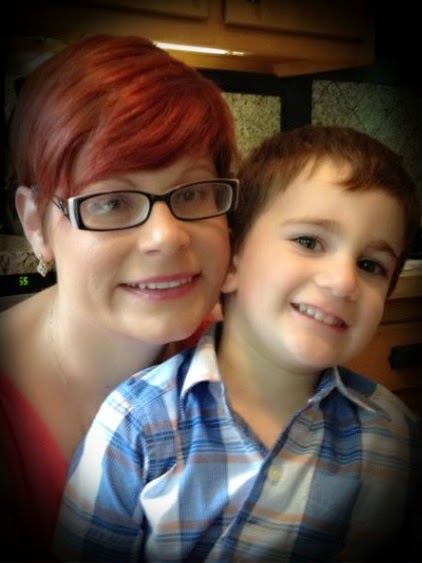 When I was younger, so much younger than today,
I never needed anybody's help in any way.
But now these days are gone, I'm not so self assured,
Now I find I've changed my mind and opened up the doors.

And now my life has changed in oh so many ways,
My independence seems to vanish in the haze.
But every now and then I feel so insecure,
I know that I just need you like I've never done before.

When I was younger, so much younger than today,
I never needed anybody's help in any way.
But now these daya are gone, I'm not so self assured,
Now I find I've changed my mind and opened up the doors.

When people ask for my story I’m never really sure where to start. Do I start with when I first noticed the pain, when I was diagnosed or where I am at now? For now I will start with when it all began. I had just turned 14 years old, and I was soon to be a freshman in high school. 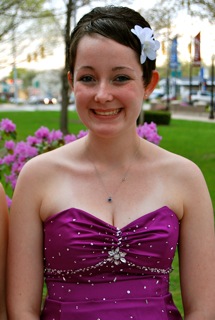 I was so excited, it was the next step in my life, and I could finally do a sport that I was good at, golf. Another new thing to me was marching band. Practices for both started in early August. The more active I was the more I was noticing pain. It all started in my wrists and my knees. My wrists would pop, snap, and crack every time I would pull the club back, it got so bad to the point that I couldn’t even hold the club up very well. My coach sent me to our HS athletic trainer to have her look at them. When I talked to her she said that yes they were swollen, but it was probably just tendonitis. She wrapped them up for me and I was on my way. As for my knee marching band was starting to get the best of me, both knees hurt, only one popped. After awhile my parents gave in and sent me to an orthopedic surgeon in town. Worst decision ever made.

When we went he diagnosed me with an extra band of tissue in my right knee, after so long though with no results we transferred to DeVos Children’s Hospital. There they took care of my knee and diagnosed me with a torn meniscus which 3 surgeries later would be fixed. Even though there was nothing visibly wrong with my left knee he was convinced the pain was coming from somewhere. He did some lab tests and got my inflammatory count back, mine was 7x’s what the normal persons is. I didn’t let that stop me though, I continued to do marching band, golf and even added dance team. So at age 15 I was sent to some doctor called a Rheumatologist, at the time I had no idea who it was nor why I was going there. My first visit the doctor looked at me and said I’m not too worried about your knee right now I’m worried about your wrists and ankles. Then it all made sense the pain I was putting up with as a freshman, and it just continued. From there I was sent in for several tests and started on some medications, along with scheduling several MRI’s. I had an amazing doctor who was determined to find out what I had and what he could do to help me. At age 16 I decided to do swimming instead of golf, along with continuing marching band, and dance team. Swimming was not such a smart decision, the repetitive motion was killer, so I switched to diving. Diving I found a true passion for I loved it so much. The only issue is due to everything I could never get as high as the other divers or stand as much as they could. I still pressed on though. When it came to marching band everyone gave me so much crap about my invisible disease, I was  a faker in their eyes because you couldn’t physically see the hurt, after that I was done. I couldn’t handle going home crying every night because of the pain mixed with the things that people would say to me. The rest of the year pretty much went the same way the whole time I’m being put on a mix of medications, none of them that ever did anything for me. Going into my senior year at age 17 things took a huge turn for the worse. Everything hurt, my rib cage which made it hard to breathe, my back which made it hard to sit in a chair, my ankles which made it hard to jump for diving, my knees, everything and anything that could hurt did. Then I received my diagnosis. Ankylosing spondylitis. It was hard to hear for so long I feared the unknown, but now I was scared of the known and what the future had in store for me. After that things continued to decline, I was put on meds that made me sick. The pain grew to the point I had to stop the activities that I love. It was all over terrible. It finally hit a plateau going into my freshmen year of college. I stayed home and went to a community college. And then here I am now.

I’m going to be a sophomore in college, I’m going to Grand Canyon University in Phoenix, AZ. The reason I decided on there was because the constant dry heat. My AS has not been doing too great, recently the doctor told me, that I may not ever reach remission. I’m on sulfasalazine, relafen, remicade, and temporarily on prednisione. It’s been a rough journey, I’m right now a camp counselor at a YMCA camp, and I love it, but I would be lying if I said that it was easy. The fact that I have AS will always make life a little more complicated, sometimes I have to say no to things due to my limits. Going through it at such a young age I think made it harder. High school is hard enough already, but dealing with an invisible disease that people don’t understand makes it even harder. One time I recall my legs got so painful, I just couldn’t even walk on my own anymore and so I used crutches. I became known as the class faker.

I wish people could understand that arthritis is a tough thing and  adults aren’t the only ones suffering, kids get arthritis too.


What a great pleasure to have Alexa as the second JA Guest Blogger on both of my blogs. Thank you for sharing your personal story. If you have any questions for Alexa, please ask the questions through me and I will send them to her. If you have a JA Personal Story you would like to share, please email your story to Dana at danalm_iaam@yahoo.com with your title, blog name and URL, your name as you would like it published on my two blogs and on IAAM's Facebook Public Pages. If you do not have a blog, that is OK, you can still share your story, simply send me your story in a Word Document with your picture attached and I will put it into my blog for you. It is that simple. ;-)

Whether you have JA, are a parent of someone with JA, or care for someone with JA, I am looking for Guest Bloggers!!!! It is JA Awareness Month, and IAAM is launching its Juvenile Arthritis Awareness Movement! We'll launch this initiative on Monday July 9th so check back! Until then, a sneak preview: JA isn't the same as having Degenerative Arthritis and YOU will have the opportunity to tell the world why! Stay tuned, it's about to get goooood ;).  Watch out because IAAM's new JA Campaign is gonna blow JA Awareness out of the water! In true IAAM style it will be a little out-of-the-box and will allow YOU to shine!

Share this poster with your friends...see if they know the answer. 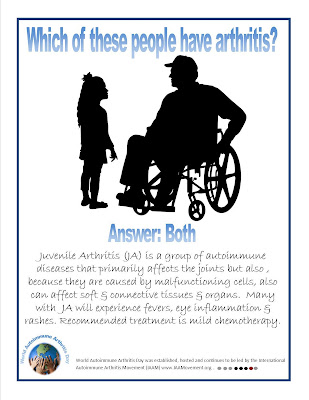 Posted by Dana Morningstar at 11:54 PM

What is a Blog Leader?

Let's Put Ya On The Map!

It's Time You Understood! 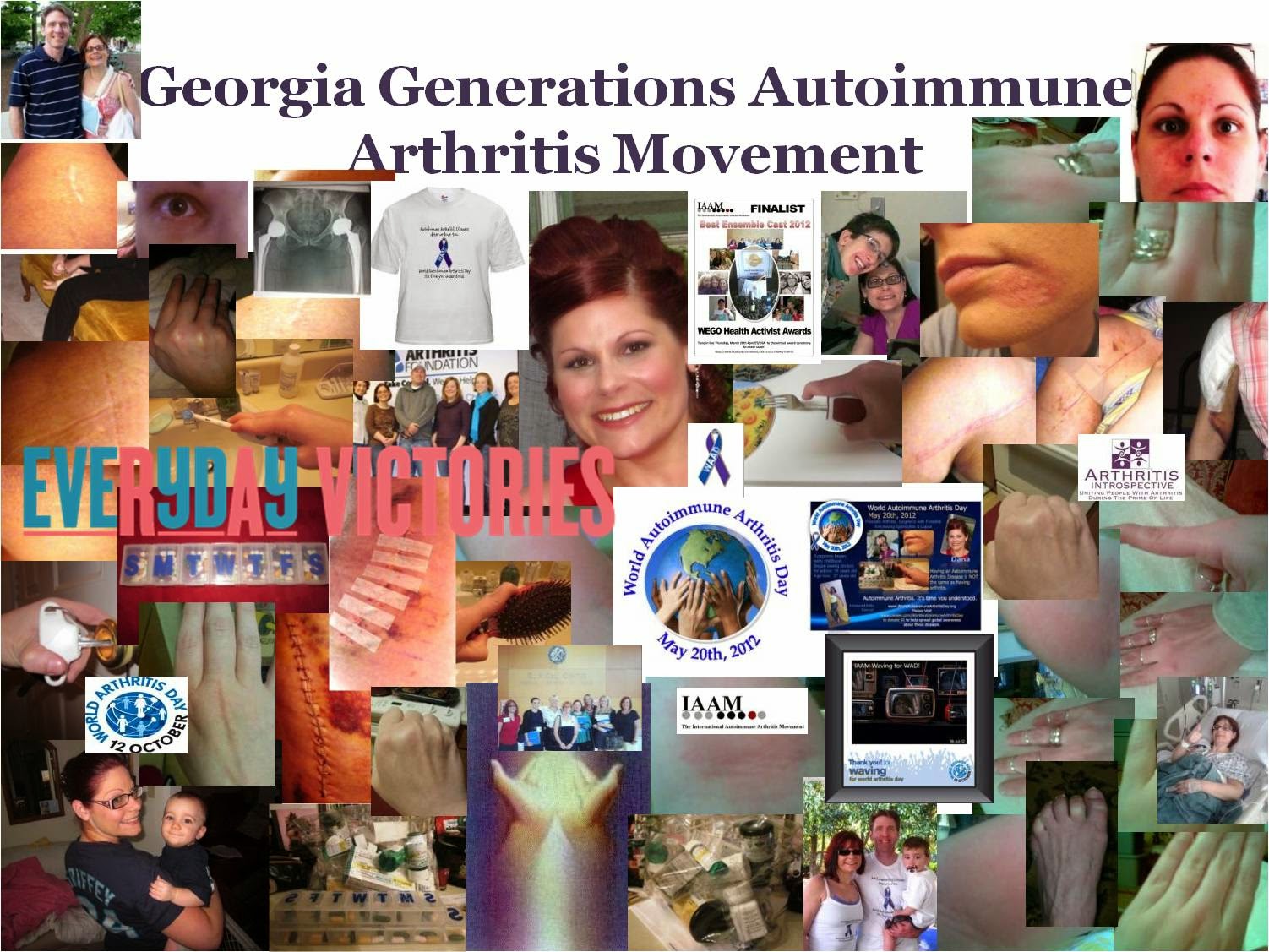 I want you to understand that your arthritis is not the same as mine if you tell me "I have arthritis too in my knee sometimes." That is not what I have. I have autoimmune arthritis. I have fatigue, pain and stiffness in every joint in my body, take very serious medications like biologics which is in IV form every 4 weeks at the hospital's infusion center and chemotherapy pills. The type of autoimmune arthritis diseases that I have affects my eyes, my lungs, my heart, my skin, my ligaments, my tendons, my salivary glands, as well as my joints.